Every year a group of my friends have an engineering Secret Santa. The rules are simple: make something cool for under $20 that requires engineering to complete. In years past we’ve seen Google cardboard VR headsets that are 6DOF, match stick rockets, 3D printed fans that explode when used, 3D printed rockets with cardboard launch controls, and a host of other semi dangerous, partially completed projects that are more than a little interesting.

This year I decided to create a portal device from the Popular Adult Swim show Rick and Morty. The device opens portals from one dimension to another by spinning a knob to select the target dimension number on a 7-segment display. With a background in electrical engineering, I thought that this was an excellent project to start tinkering on! Plus, the 3D printer needed a workout.

The Build
I based this build on Sparkfun’s 7-Segment Serial Display, which has the desirable feature of being designed around the ATmega328P, a.k.a. the Arduino chip. I replaced the stock library that controlled the 7-segment display with my own, allowing me to use the excess power to control my project’s logic flow. 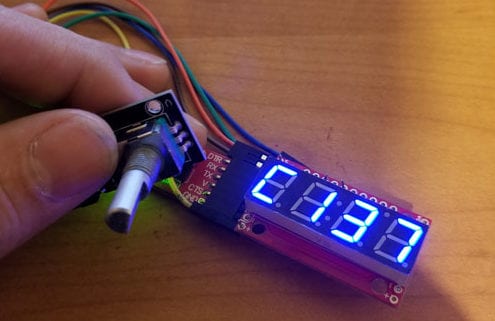 To mimic the functionality of the portal device in the show, I combined the 7-segment display with a rotary encoder. I used a library online to read the grey code of the encoder and turn it into a basic clockwise/counter clockwise selection knob. The encoder’s wheel also acts as a button for simple spin/set operation (seen above, showing the default dimension, C137). 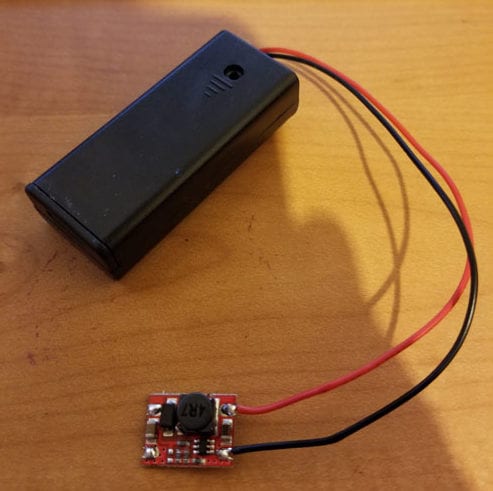 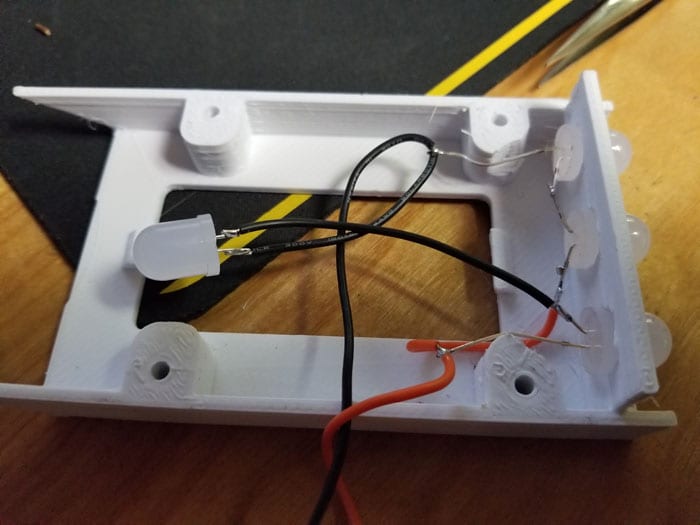 Although there are 3D STEP files online, I designed up my own implementation of the portal device in Solidworks before printing them on our Kossel Delta 3D printer. The CAD files need polish before we release them to a 3D repository, and we’ll update the blog entry when they’re available.
The large 10mm green LEDs round out the effects nicely. LED voltage drop calculations showed wiring them up 2 in series, 2 in parallel for a nice green glow without requiring current limiting resistors. 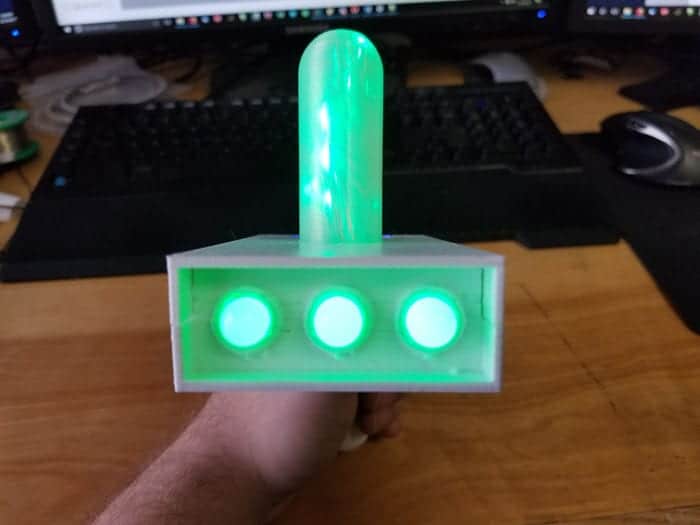 To enhance the glow to the top tube, SuperFlex LED strings were wired directly to the 3V battery source and stuffed unceremoniously into the tube. And as with all quick DIY projects, everything was assembled into the portal device with superglue. 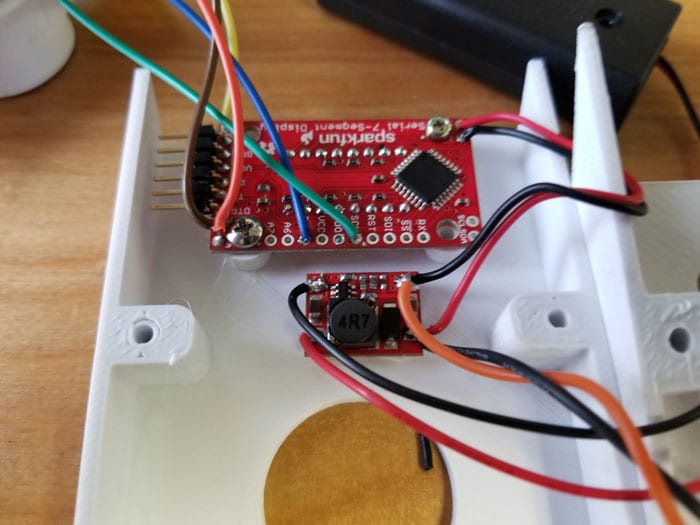 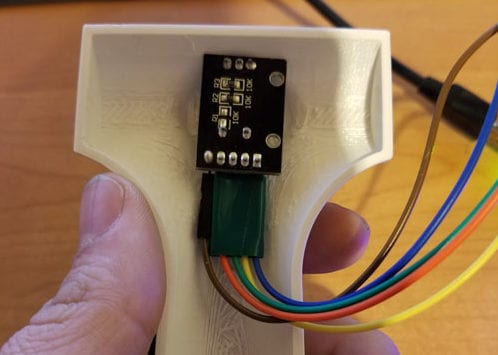 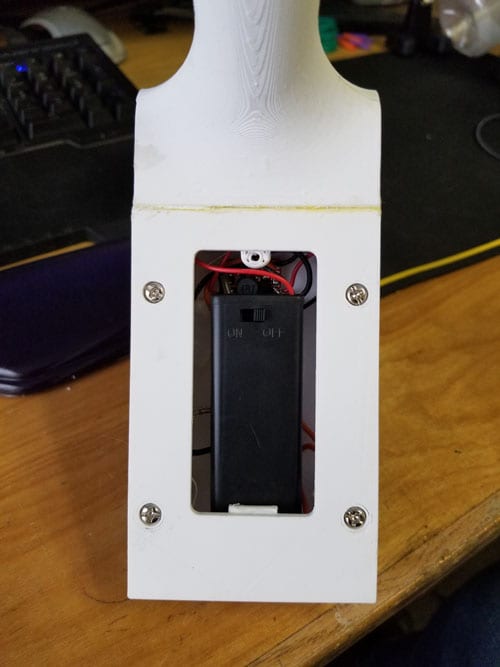 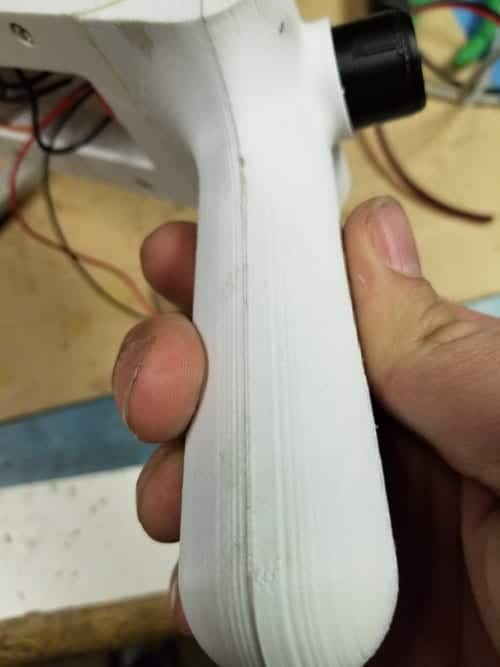 The last step of the build was to add a little door at the bottom of the portal device so that the battery pack can be accessed. 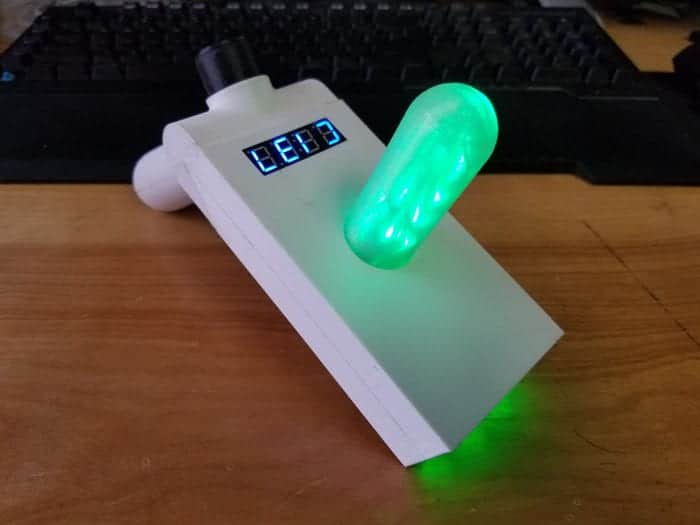 Although not quite perfect, it turned out rather well considering I only had two sleepless nights to get it ready. Revision 2 requires adjusted CAD files, a wiring schematic, and better matched tube/front LED colors.

C’mon Morty – there’s something I need you to do….