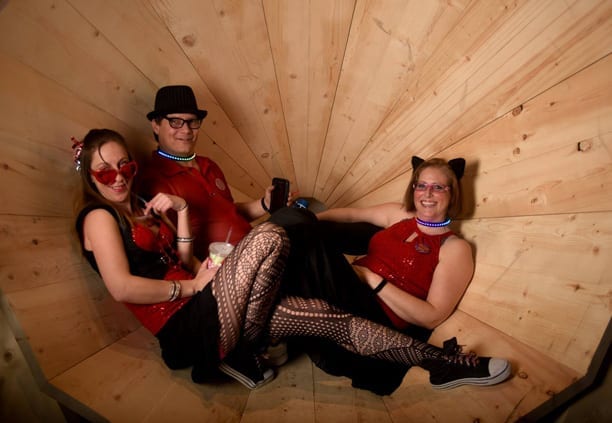 I created this choker as a project to demonstrate the new MicroNova APA102-2020 LED strips.

Photo by Yeti, edited by Batgirl

These addressable LEDs are extremely small, less than 1/4 the size of a standard 5050 LED.

This project was built using engineering sample standard MicroNova 99 LED / meter strips . The MicroNova strips we are selling have 198/meter – twice the density! 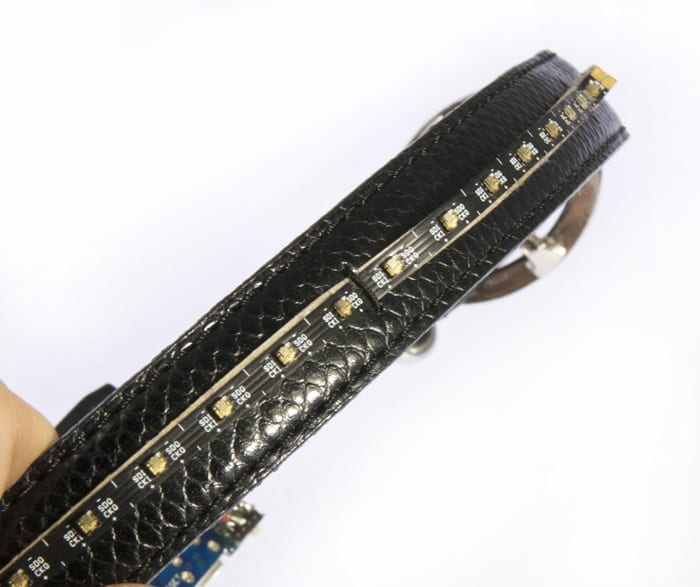 Reason for a Choker necklace:

I used a Wemos D1 Mini development board along with a boost-converting battery shield for the Wemos D1.

The battery shield was a particularly good choice here because the MicroNova LEDs should be supplied a solid 5VDC. This board boosts the battery voltage to 5V, and then the Wemos D1 Mini bucks it down to 3V3 for it’s own operation.

Epoxy locks the switch and wires in place.

The battery used is a conveniently handy older 450mAh Lithium Polymer. Depending on the lighting mode, this battery can power the necklace for a couple of hours.

I used elastic thread to attach the LED strip and components to the necklace.  A heavy duty needle was all that was needed to punch through the (imitation) leather belt.  Because the thread was elastic and tied under tension, it held the MicroNova strip well in place.

When the choker powers up, it creates a WiFi Access Point called “HeartBurnChoker1”. 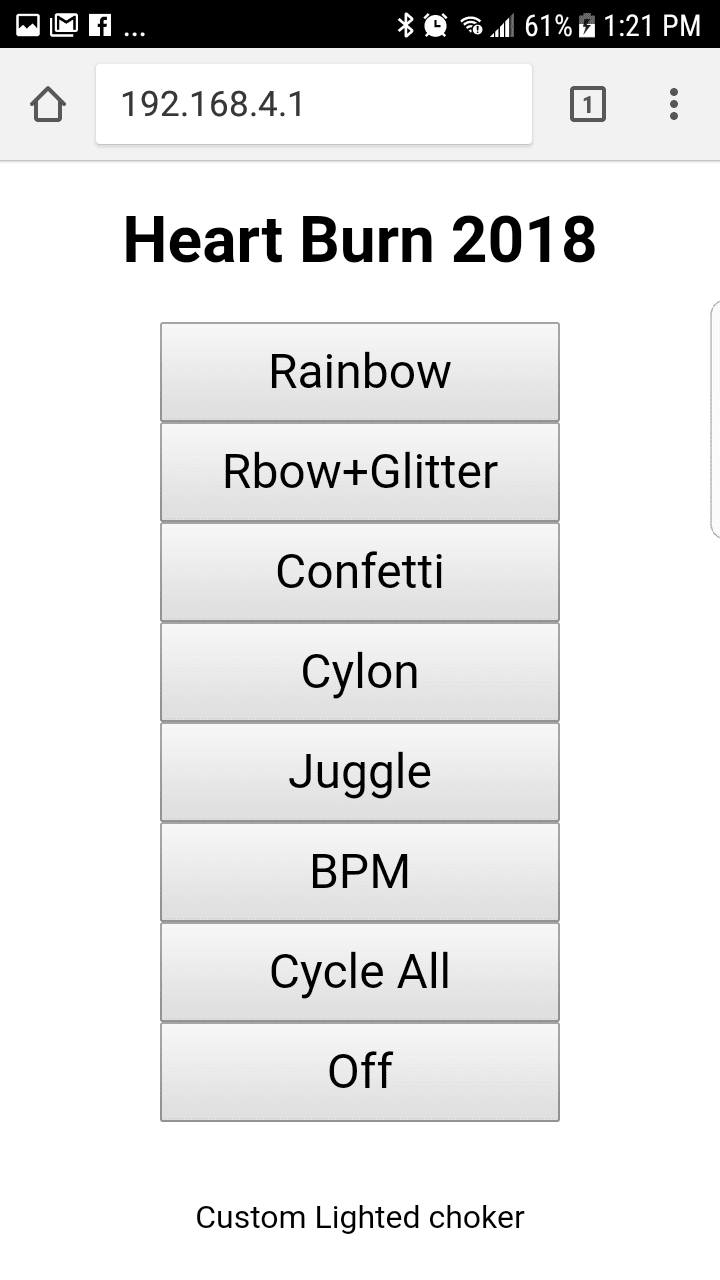 Once I connected to this WiFi, I opened a browser and went to 192.168.4.1. The control interface is simple, but effective. The D1 Mini has more than ample power and speed to effectively drive these LEDs. The MicroNova features separate clock & data lines, so even relatively slow I/O (like Raspberry Pi) can still make it work. 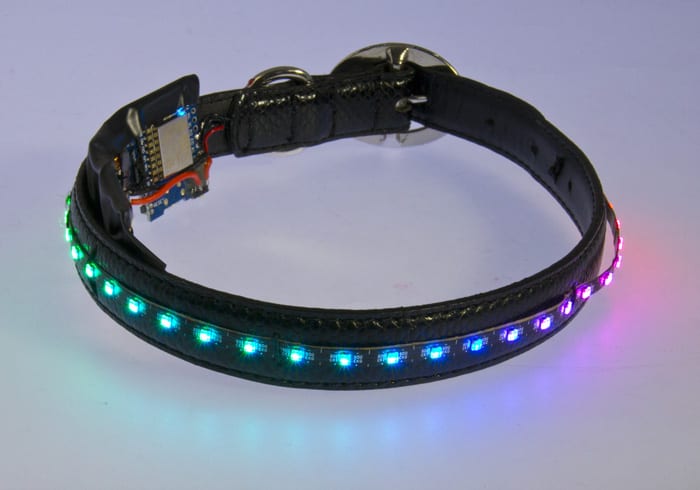