Now that the season of mass gift giving is (temporarily) over, publishing the details on this special gift ocarina box for a wedding anniversary will not ruin a surprise. So I figured I’d share this personal project that uses simple but smart electronics.

First I soldered an interrupter switch to the SuperFlex LED Strand with Battery Pack in color purple.

I wanted the drawer that houses the ocarina to be rectangular in shape but also wanted the overall box to be circular. I compromised between the two requirements by making the box a semicircle that looked like a capital “D”.

This shape also allowed me to hide the battery pack behind the drawer which was quite convenient! 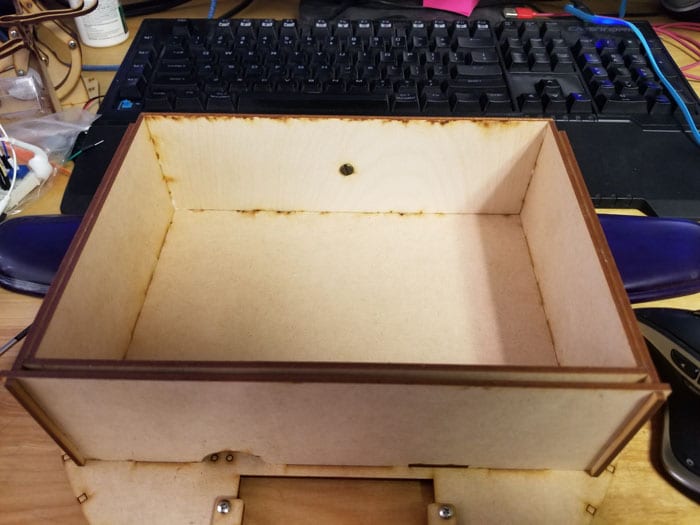 I attached two laser cut tabs with #4-40 screws to the inside of the box. 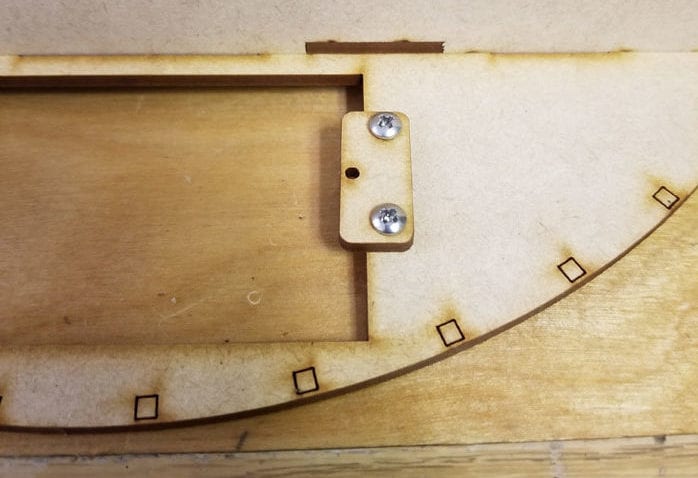 They are serving as a stopper to the small lid that will host our battery pack. 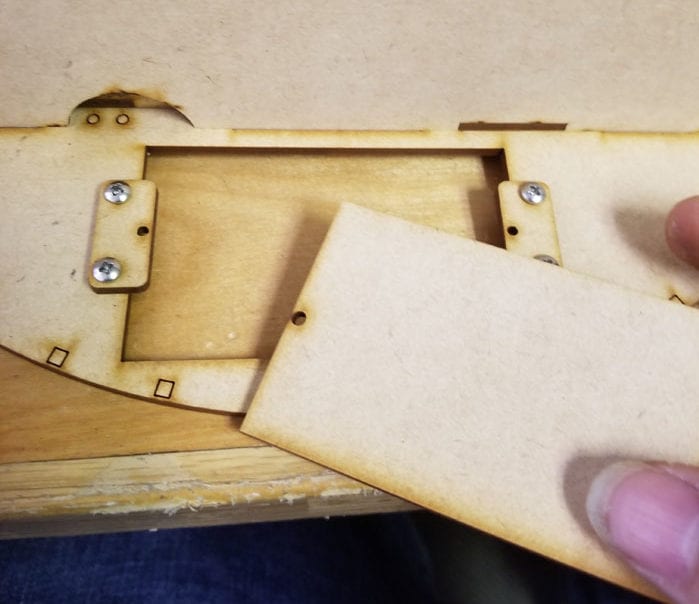 Inside view of a battery pack platform.

Another set of #4-40 screws holds the cutout lid on the outside. The battery pack is glued onto it and can be easily accessed for changing batteries or troubleshooting. 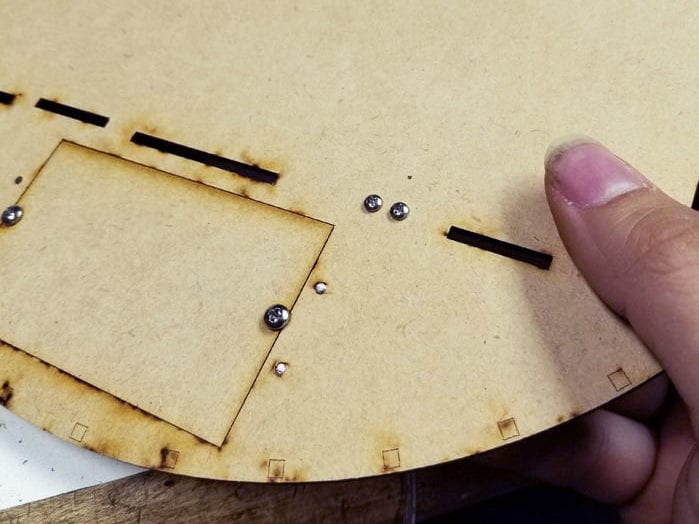 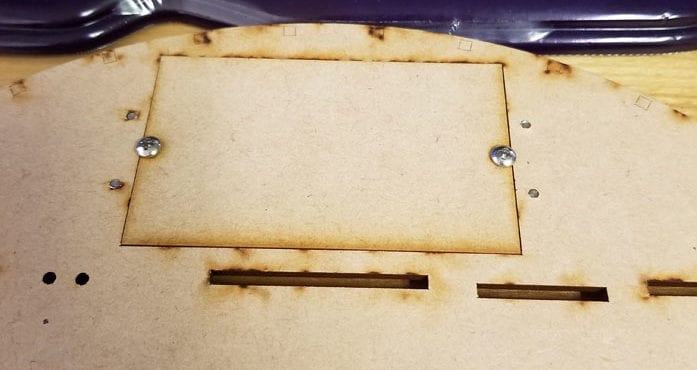 I attached the interrupter switch right with some #2 thread forming screws at the point where the drawer will sit when fully closed. 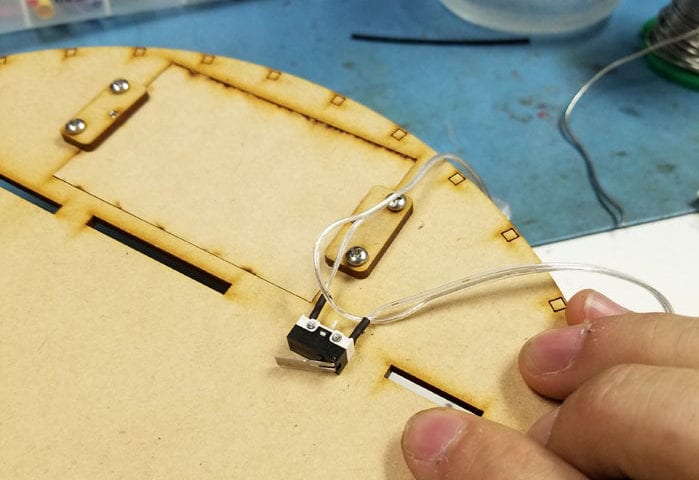 This way the LED string will only light up when the drawer opens, releasing the switch, and lighting up the contents of the gift box. 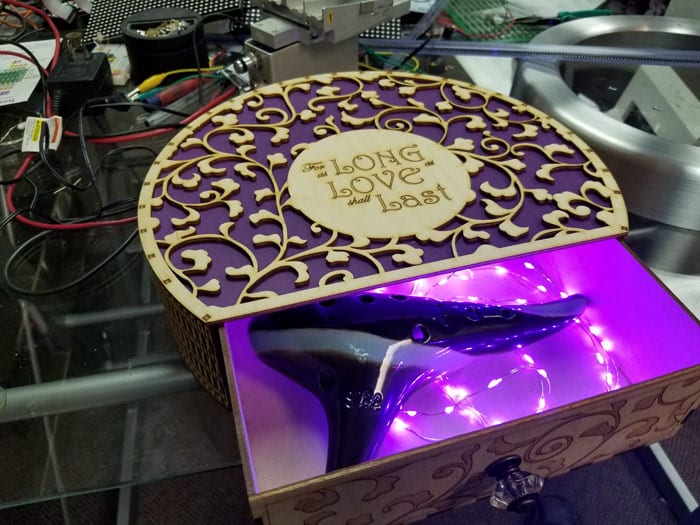 Here is the switch installed in a small cutout in the drawer’s containing walls. 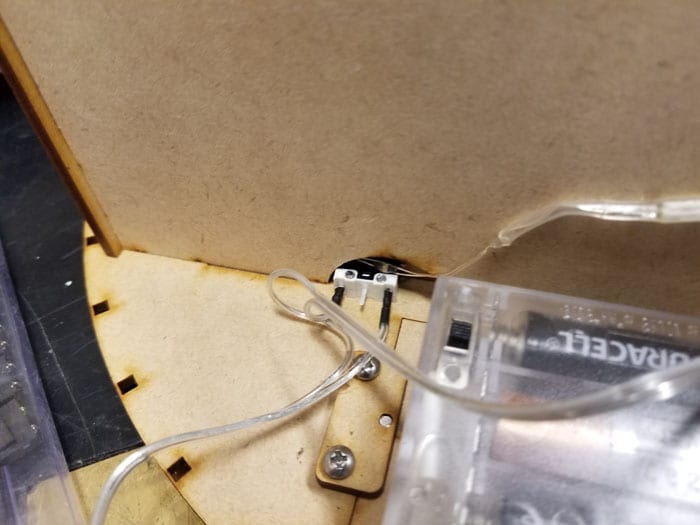 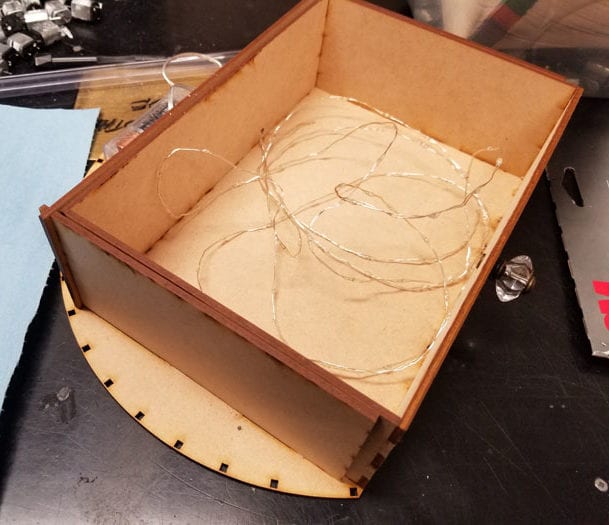 Now to the decorative part. For the lattice cutout I Google-searched and downloaded a nice vine pattern that I auto-traced in CorelDraw to make it a vector. I tweaked it by bringing the design elements closer together to increase stability, since the pattern is quite delicate. For the final design of the top lid I added a solid circle with text on it (a small quote from our wedding vows). I then laser cut out the vine design and lightly vector-engraved the text in the circle.

To complete the lid top I attached heavy purple card stock from a craft store underneath using a bit of white glue. 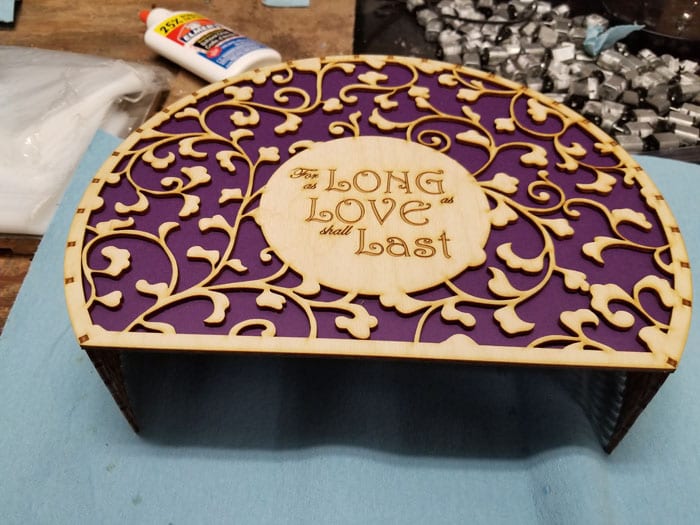 The kerf pattern that covers the semi-circular portion of the box was also found online. Every sixth point is slot-and-tab’ed into the top and bottom lids to ensure smooth curvature while maintaining stability. 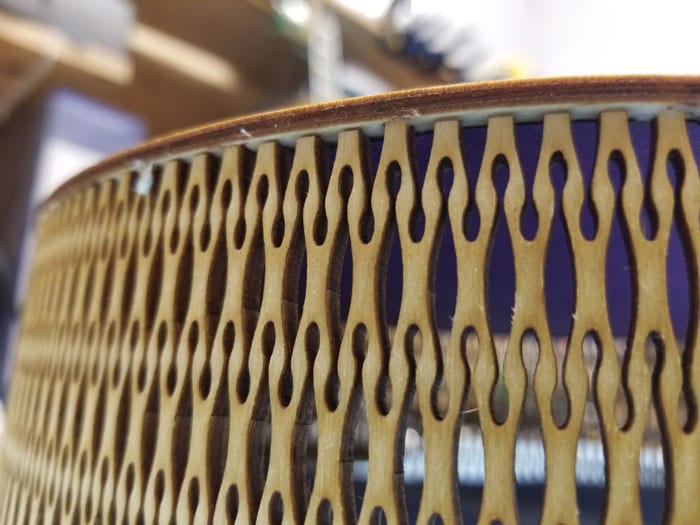 The whole assembly is done using predominantly white glue – here are the lid layers stacked and pressed together for drying. 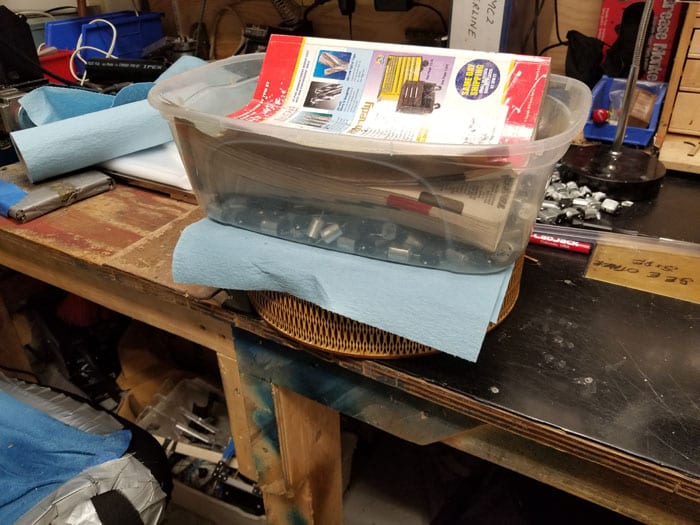 The front of the drawer repeats the same pattern as the top, but this time engraved instead of cut through. The crystal knob was found at a local craft store. 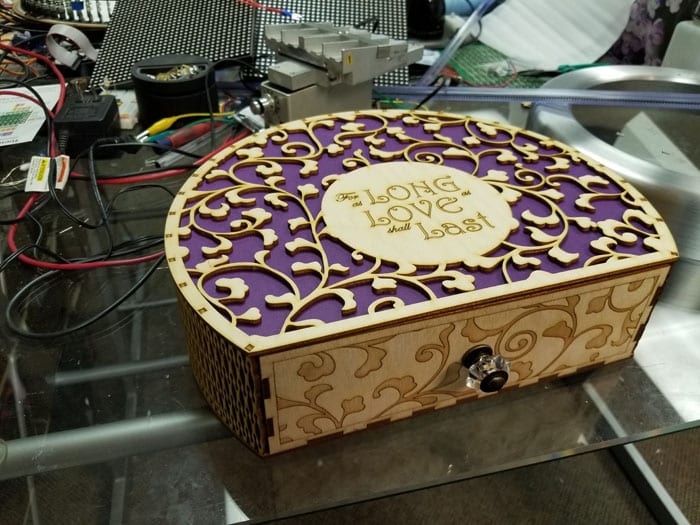 And here is the finished product, the intricate vine pattern adds complexity and dimensionality, the light golden wood grain stands out great against the opulent purple backdrop, and the LEDs inside illuminate and highlight the gift. 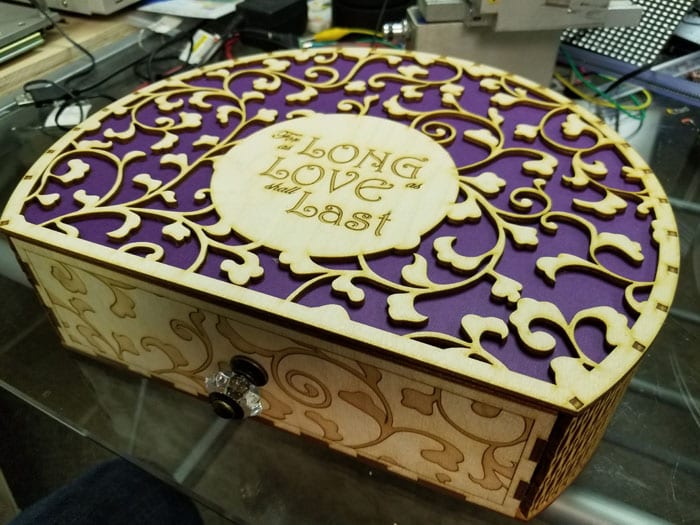 P.S. The final version added paper straw stuffing that helped to diffuse the light and provide extra cushioning for the fragile ceramic ocarina.